ICA is temporarily closed in preparation for our new season of programming.Na Kim: FFC on 6, 7, 8 is still viewable through ICA's 36th street facade window through July 10.
Brian Weil: 1979-95 Being in the World
Select Date
Filter 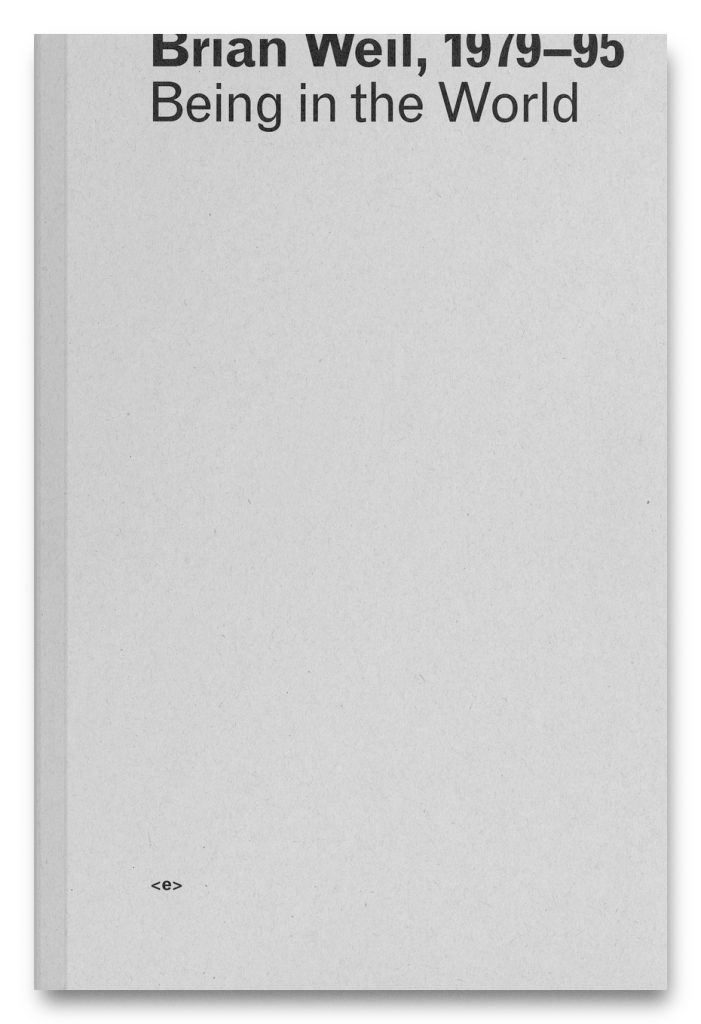 Order placement on all books & editions is temporarily on hold due to ongoing renovations. For any questions, please contact hello@ica.upenn.edu.

This book offers the first retrospective of Brian Weil (1954–1996), an artist whose photographs pushed viewers into a deeply unsteadying engagement with insular communities and subcultures. Weil was a member of ACT UP and the founder of New York City’s first needle exchange; his photographs became inextricably tied to his activist practice. Included here is his late series of portraits whose subjects bear witness to the emerging AIDS pandemic, along with selections from earlier and concurrent projects: Sex (underground sex and bondage participants), Miami Crime (homicide scenes investigated by the Miami Police Department), Hasidim (populations of Hasidic Jews in Brooklyn and the Catskills), and a video project with members of nascent transgender support groups. Essay by guest curator Stamatina Gregory, essay by Jennifer Burris, a historical interview with the artist by Claudia Gould, and reprints of archival notes discussing crime and photographic evidence based on a series of interviews conducted by Sylvère Lotringer with filmmaker George Diaz in the 1980s.