ICA is temporarily closed in preparation for our new season of programming.Visit us on September 16 for the opening of Sissel Tolaas: RE________
Advanced Video Projects
Select Date
Filter 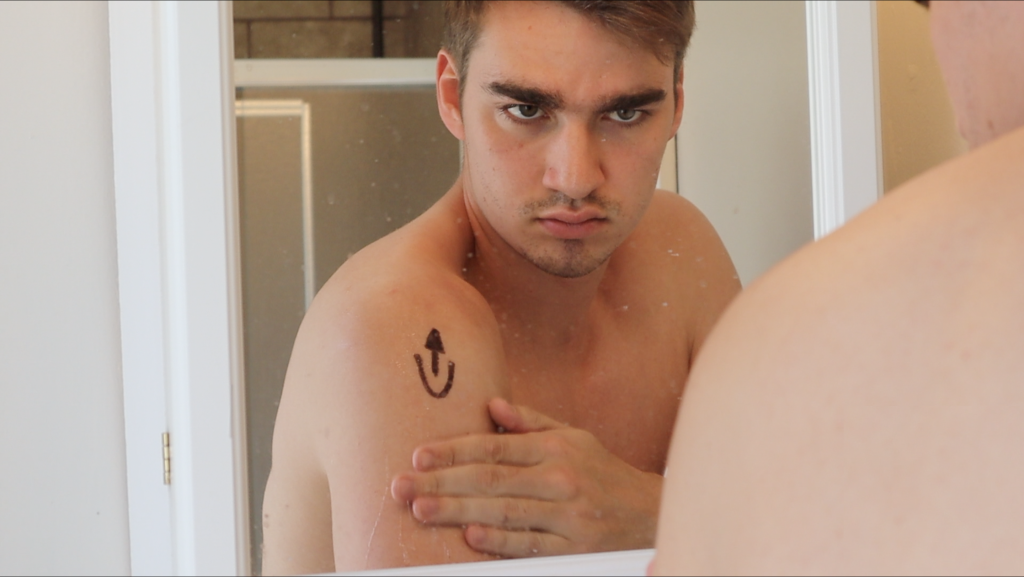 Advanced Video Projects is a course focused on contemporary film and video production taught by Sosena Solomon at the Weitzman School of Design. Over the course of the spring semester, students created short films that take the form of character-driven documentary, fictionalized self-portraiture, and self-reflective meditations on contemporary events.

Their final projects will debut on May 11th at 12pm on ICA’s website, followed by a question and answer period (via Zoom) from 6pm to 8pm, which will serve as a space for the audience to engage the students about the influences and methodology behind their work.

Ink by Charlie Dolgenos
A law abiding citizen wakes up with a tattoo he doesn’t recognize in the midst of a pandemic. Is it a warning? A sign? He’ll need to break the rules to find out, but might lose his life in the process.

Emylee by Michele Gross
​​Emylee​ is a character-driven documentary that follows the story of a college student who grew up fast in a low-income family in West Virginia. As students are asked to leave campus amidst an evolving pandemic, Emylee grapples with her own ability to find “home.”

America’s Funniest Covideos by Sam Hartman
After a major network fires its entire news cast, an eccentric yet naive video editor gets tasked with creating his own segment on criminal justice. Will he succeed or will he discover a story of his own?

A Screaming Void by Martin Leet
An international student from South Sudan is haunted by recurring flashbacks of his family back home. He must contend with the disparity between the life he left behind and his new university life in the United States if he is to pursue the opportunities for which he yearns.

Locus of Myself by Jack Silwa
After being kidnapped and locked in an empty room by an enigmatic stranger, a struggling writer must rediscover who he is and who he wants to be in order to escape.