ICA is temporarily closed in preparation for our new season of programming.Visit us on September 16 for the opening of Sissel Tolaas: RE________
Screening: When I Get Home
Select Date
Filter 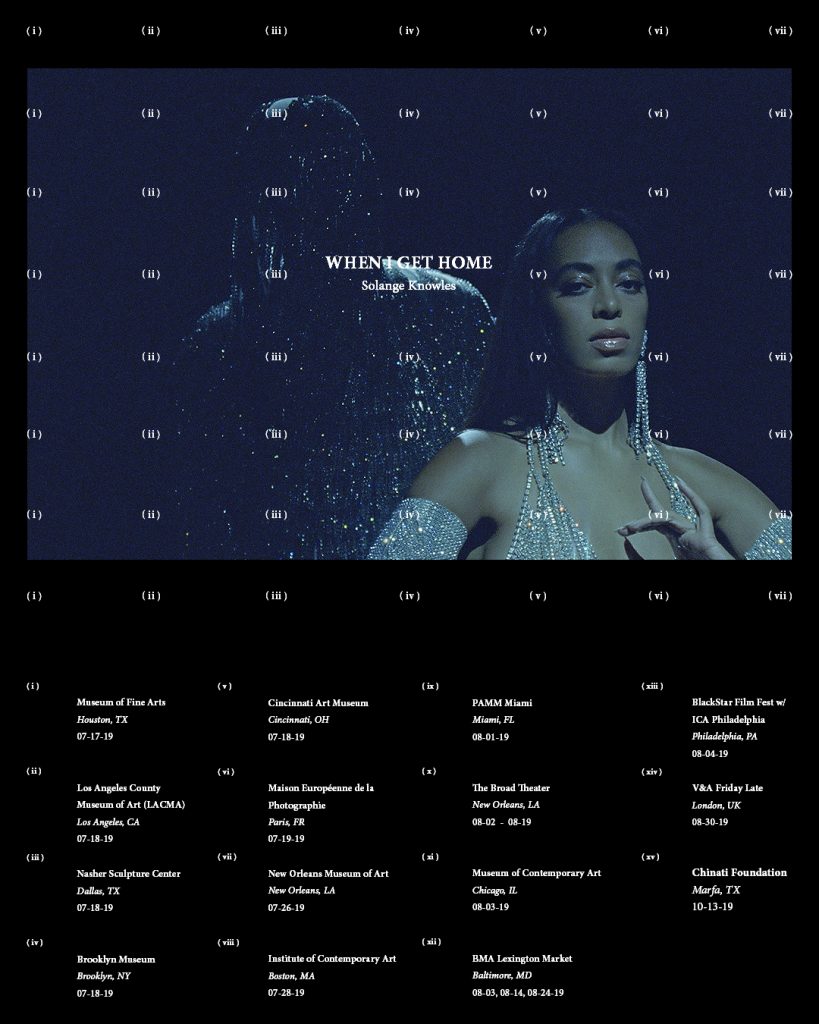 When I Get Home Film Poster
About

BlackStar Film Festival presents in collaboration with ICA Philadelphia, a screening of When I Get Home by Solange Knowles.

Visual artist and singer/songwriter Solange Knowles presents an extended director’s cut featuring new scenes and musical arrangements of her interdisciplinary performance art film When I Get Home. The film will premiere across renowned Museums and Contemporary Arts Institutions across USA and Europe from 17 July before closing as part of Chinati Weekend on 13 October 2019.

The film was directed and edited by Solange Knowles with contributing directors Alan Ferguson, Terence Nance, Jacolby Satterwhite, and Ray Tintori. Additional art courtesy of Houston artists Autumn Knight and Robert Pruitt and collage work by Gio Escobar of Standing on The Corner. The film also features new sculptural work by the artist, “Boundless Body” (2019), an 8 by 100 ft. rodeo arena displayed in the desert of Marfa, which sits alongside many architectural wonders in the film, such as the Rothko Chapel at the Menil Collection and the I. M. Pei designed Dallas City Hall.

The extended version of the film is screened exclusively from 17 July 2019 across partner institutions in USA and Europe.

Tickets are FREE to ICA members and must be obtained in-person with a valid membership card at the Annenberg Center Box Office during their business hours. Only 1 ticket will be issued per member until the program reaches capacity.