Please note: ICA will be closed for the holidays through November 24, and will reopen to the public at 12PM on Friday, November 25.
Monument Lab – Book Launch and Party
Select Date
Filter 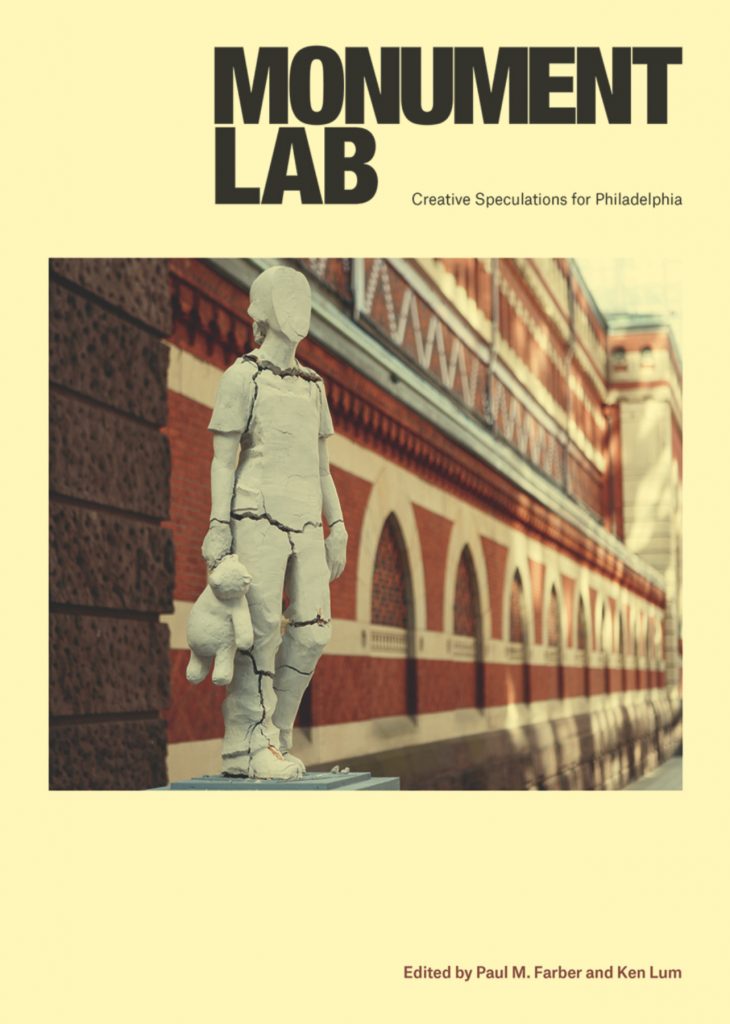 Join us to celebrate the book launch of Monument Lab: Creative Speculations for Philadelphia, a living handbook for vital perspectives on public art and history. Hear from co-editors Paul M. Farber and Ken Lum along with several Monument Lab artists and book contributors, about their work on their renowned 2017 citywide exhibition with Mural Arts Philadelphia and reflections on the crucial debates about monuments and public art today. The book launch include a speaking program, party with food and refreshments, and book-signing. Free and open to the public.

The Center for Public Art and Space at the University of Pennsylvania Stuart Weitzman School of Design, Mural Arts Philadelphia, the Institute of Contemporary Art, and Temple University Press

Copies of Monument Lab: Creative Speculations for Philadelphia will be on sale at the launch, operated by the Penn Book Center.

What is an appropriate monument for the current city of Philadelphia? That was the question posed by the curators, artists, scholars, and students who comprise the Philadelphia-based public art and history studio Monument Lab. And in 2017, along with Mural Arts Philadelphia, they produced and organized a groundbreaking, city-wide exhibition of temporary, site-specific works that engaged directly with the community. The installations, by a cohort of diverse artists considering issues of identity, appeared in iconic public squares and neighborhood parks with research and learning labs and prototype monuments.

Monument Lab is a compendium of the exhibition and a critical reflection of the proceedings, including contributions from interlocutors and collaborators. The exhibition and this handbook were designed to generate new ways of thinking about monuments and public art as well as to find new, critical perspectives to reflect on the monuments we have inherited and to imagine those we have yet to build. Monument Lab energizes a civic dialogue about public art and history around what it means to be a Philadelphian.