ICA is temporarily closed in preparation for our new season of programming.Visit us on September 16 for the opening of Sissel Tolaas: RE________
OVC 2020: Collision Gripper
Select Date
Filter 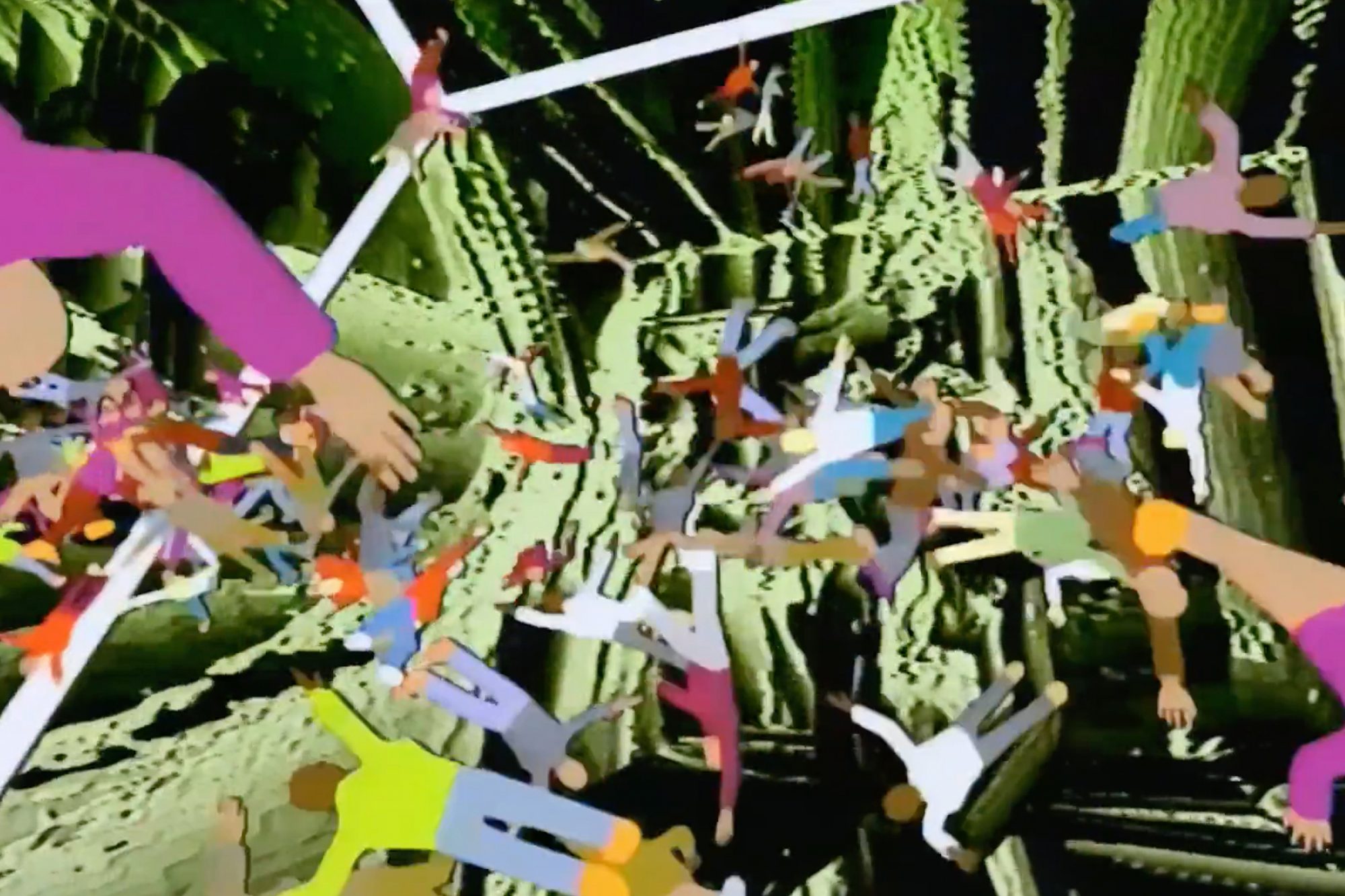 Matt Lavine’s Collision Gripper is a vibrant, digital fever dream. Is it the nightmare of a Second Life avatar? A glitched-out social distancing simulator? A PlayStation game gone wrong? Using a unique combination of analog video and 3D animation, Lavine produces a throng of faceless humanoids that move and collide in a distorted void. Alex Petshaft’s accompanying soundscape of blaring sirens and whirring drones adds to the chaos of the scene.

Collision Gripper evokes a heightened awareness of our proximity to others that is painfully relevant to our current social landscape. As in John Muse’s Duet, Lavine’s subjects are often confined to tight spaces, either squashed together or isolated in cubical prisons. Notions of inside and outside are blurred in this virtual world. Figures walk across what looks like a city square before careening off along disorienting vectors that scramble our sense of perspective and position.

Collision Gripper also raises questions of autonomy and hierarchy. A massive being controls the smaller entities, sending them flying around the CGI dreamscape. Is this the Collision Gripper, perhaps the god of Lavine’s synthesized void? Or is it just another prisoner, controlled by an even higher power? Collision Gripper culminates with the bodies falling down as if they’ve suddenly been switched off, the artist’s final reminder that he is the supreme architect of this world.