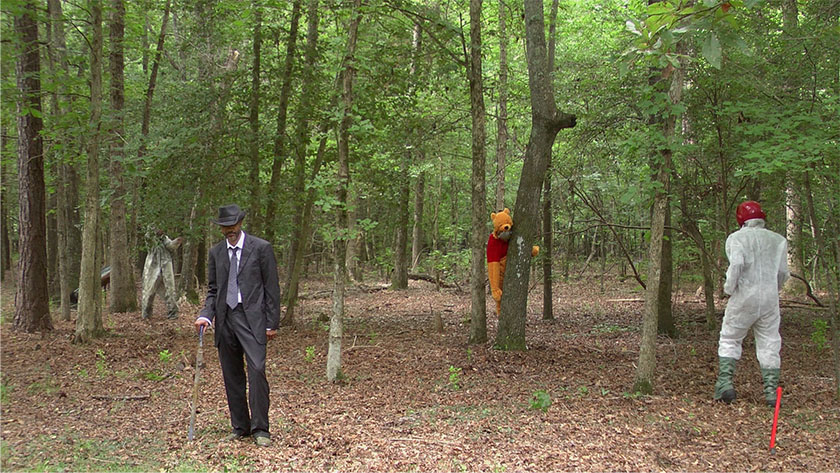 Rodney McMillian. Courtesy the artist and Maccarone, New York.
About

Rodney was joined by two curators: ICA’s own Anthony Elms and The Studio Museum’s Naima Keith; the three reminisced about early visits to McMillian’s Los Angeles studio, which they were surprised to find was small and basically empty. Anthony, Naima, and Rodney retraced their years-long collaboration and the “ongoing conversations” that led to these concurrent east coast exhibitions.

Rodney discussed the themes that undergird his work, even when the medium varies broadly: domestic space, science fiction, blackness as a form and politic, and other issues of class, gender, race, and history. “I tend to think of The Black Show as one big installation with multiple exit strategies,” said Rodney. “I like exit strategies.”

Audience members were talkative and curious when it came time for the Q&A session; Rodney thoughtfully fielded questions about how he approaches form, where he makes his work (often, his back yard), what function a studio holds (“I’ve never thought of myself as a ‘studio artist’”), and his upcoming Philadelphia performance in conjunction with The Black Show.