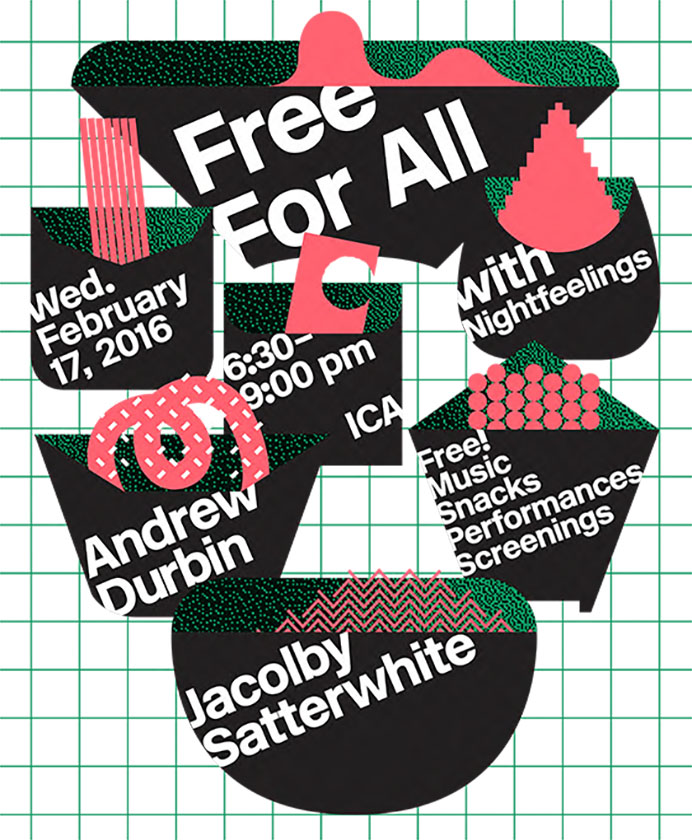 Design by Dante Carlos and River Jukes-Hudson
About

Party at ICA with artist Jacolby Satterwhite, writer Andrew Durbin, and music producer Nick Weiss (of Nightfeelings) for an expansive evening of self-discovery and performative poetics! Mix with the city’s students and artists—we’ll be open late with art, music, food and drinks, exhibition tours, and fun takeaways.

Andrew Durbin is the author of Mature Themes (Nightboat Books, 2014) and the chapbook MacArthur Park (Kenning Editions, 2015). His work has appeared in BOMB, Boston Review, Flash Art, Poetry London, Text Zur Kunst, and elsewhere. He is a contributing editor of Mousse, co-edits the press Wonder, and lives in New York. His first novel, Blonde Summer, is forthcoming from Nightboat Books in fall 2017.