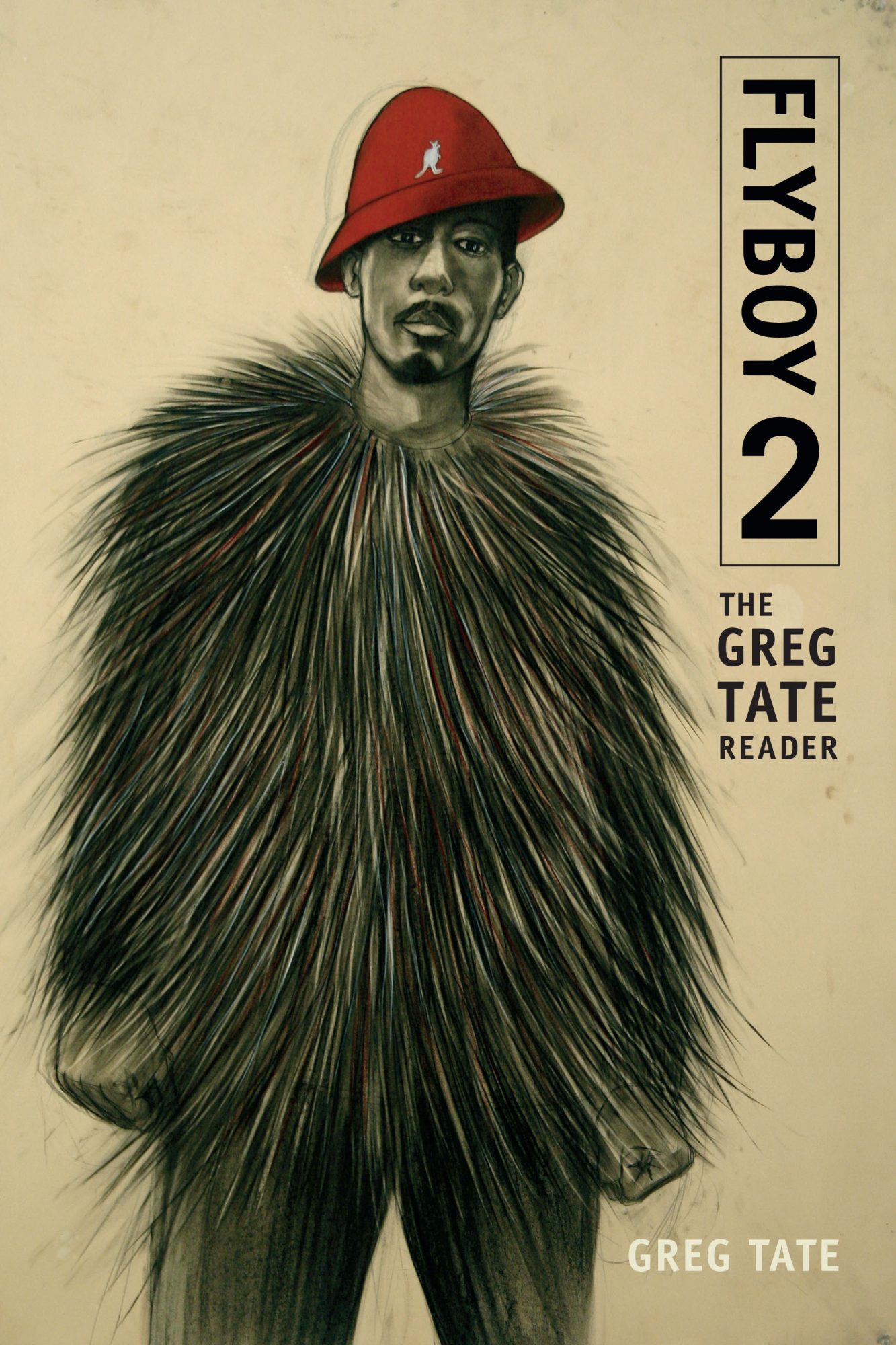 On Saturday, March 18, cultural critical Greg Tate will join professor Guthrie P. Ramsey, Jr. to discuss his recent book, Flyboy 2: The Greg Tate Reader. A signing and reception will take place promptly after the conversation at 1PM. Books will be available for sale courtesy of Penn Book Center.

Since launching his career at the Village Voice in the early 1980s, Greg Tate has been one of the premiere critical voices on contemporary Black music, art, literature, film, and politics. Flyboy 2 provides a panoramic view of the past thirty years of Tate’s influential work. Whether interviewing Miles Davis or Ice Cube, reviewing an Azealia Banks mixtape or Suzan-Lori Parks’s Topdog/Underdog, discussing visual artist Kara Walker or writer Clarence Major, or analyzing the ties between Afro-futurism, Black feminism, and social movements, Tate’s resounding critical insights illustrate how race, gender, and class become manifest in American popular culture. Above all, Tate demonstrates through his signature mix of vernacular poetics and cultural theory and criticism why visionary Black artists, intellectuals, aesthetics, philosophies, and politics matter to twenty-first-century America.

Greg Tate is a music and popular culture critic and journalist whose work has appeared in many publications, including the Village Voice, Vibe, Spin, the Wire, and Downbeat. He is the author of Flyboy in the Buttermilk: Essays on Contemporary America and Midnight Lightning: Jimi Hendrix and the Black Experience and the editor of Everything but the Burden: What White People Are Taking from Black Culture. Tate, via guitar and baton, also leads the conducted improvisation ensemble Burnt Sugar the Arkestra Chamber, who tour internationally.

Guthrie Ramsey is Editor-in-Chief of Musiqology and is the Edmund J. and Louise W. Kahn Term Professor of Music and Africana Studies at the University of Pennsylvania. A widely published writer, he is the author of Race Music: Black Cultures from Bebop to Hip-Hop (University of California Press, 2003). He has recently completed The Amazing Bud Powell: Black Genius, Jazz History and the Challenge of Bebop (2013). His next book,Who Hears Here? Drastic Interpretations on Black Music History and Society, a mid-career collection of his essays, is also forthcoming. Ramsey is also a pianist, composer and arranger for his Philadelphia-based band, Dr. Guy’s Musiqology.