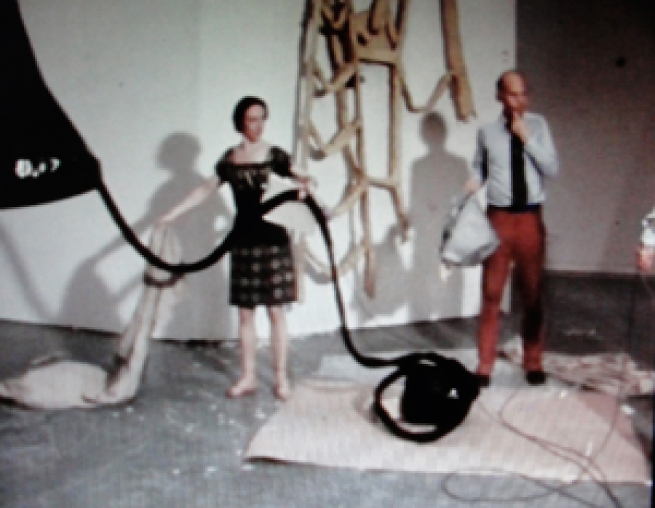 “I-House at ICA” (June 26, 2013) brought filmmaker James Scott to ICA to introduce four of his 16 mm films, portraits of artists made in collaboration with those artists. The audience escaped the summer heat and packed into the ICA auditorium-cum-underground microcinema for the program, organized by International House Program Curator Jesse Pires, which brought these films together for the first time. The evening opened with Love’s Presentation (1967, 27 min.), a portrait of a young David Hockney making a series of etchings based on C. P. Cavafy’s love poems. R. B. Kitaj (1967, 20 min.), Richard Hamilton (1969, 25 min.), and The Great Ice Cream Robbery (1971, 40 min., with Claes Oldenberg) rounded out the screening, which was projected by International House’s Herb Shellenberger. Scott loaned his personal prints for the evening and answered many enthusiastic questions, revealing that the Kitaj film—never before screened, to his knowledge, in the United States—was his personal favorite. Viewers enjoyed exotically flavored popsicles (Vietnamese iced coffee and strawberry rhubarb lemonade, among others), popcorn, and beer. Some projection glitches added to the intimacy of the evening—ultimately The Great Ice Cream Robbery’s double projection could not be viewed—reminding the audience of the particular material pleasures (and sometimes frustrations) of film.