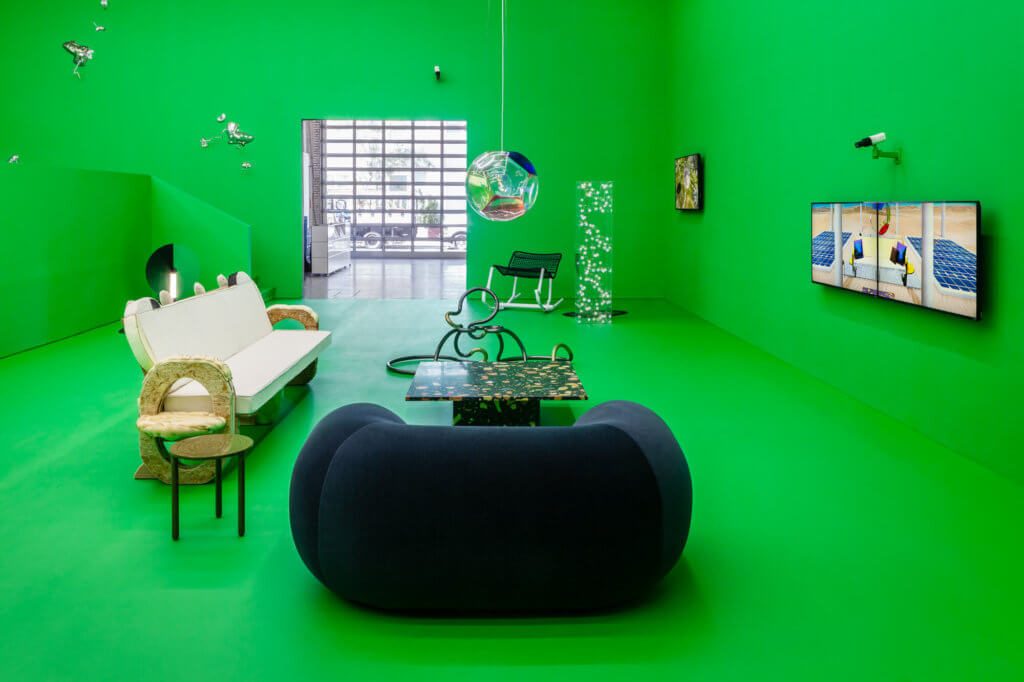 What are the similarities and differences between curating an exhibition and decorating a home with a collection of painting and sculpture? How have public museums exhibited private living spaces? How has the legacy of modernism shaped our current understanding of the relationship between art, design, and decoration as well as interior and exterior spaces?

Felix Burrichter and Esther da Costa Meyer will discuss these and other questions against the backdrop of the exhibition Ginny Casey & Jessi Reaves, which traverses the spaces of the home and the museum, as well as the realms of art and design.

Da Costa Meyer will present on Pierre Chareau: Modern Architecture and Design (2016-2017), an exhibition she recently organized at the Jewish Museum in New York in collaboration with The Centre Pompidou in Paris. Burrichter will discuss his exhibition PAVILLON DE E’SPRIT NOUVEAU: A 21st Century Show Home (2015) at the Swiss Institute in New York, which featured the work of Jessi Reaves.

FELIX BURRICHTER is a German-born, New York-based creative director and writer. He studied architecture at the Ecole Spéciale d’Architecture in Paris and Columbia University in New York before founding PIN-UP Magazine in 2006, of which he is the editor and creative director. PIN-UP is a biannual architecture and design magazine (“Magazine for Architectural Entertainment”) that regularly features interviews with renowned architects (SANAA, Rem Koolhaas, Richard Rogers, Tatiana Bilbao, Mos Architects, Sou Fujimoto, Ricardo Bofill, Odile Decq, David Adjaye) as well as critical essays and contemporary architecture and design photography. In 2011 the Art Director’s Club America awarded PIN-UP the Gold Medal for Editorial Design. In 2013 PIN-UP published its first book, Interviews. In addition to curating exhibitions (Haus der Kunst, Swiss Institute) Felix Burrichter consults on architecture, art, and design books and is a regular contributor to a variety of publications, including W Magazine, Fantastic Man, Girls Like Us, and Departures.

ESTHER DA COSTA MEYER teaches modern and contemporary architecture at Princeton University. Born in Brazil, she received her undergraduate degree from the University of Geneva and completed her PhD at Yale University. Da Costa Meyer has worked primarily in the area of modern and contemporary architecture with a special emphasis on the interface between architecture and the arts. She also focuses on architecture as a protagonist in the complex trajectory from colonialism to globalization, and has just completed a book manuscript on urban change and social history in nineteenth-century Paris, to be published by Princeton University Press. Her curatorial work includes the exhibitions (and the accompanying catalogs) Schoenberg, Kandinsky and the Blue Rider (The Jewish Museum, New York, 2003-2004), the drawings of Frank Gehry, Frank Gehry: On Line (Princeton University Art Museum), and recently, Pierre Chareau: Modern Architecture and Design (The Jewish Museum, New York).