ICA is open to the public Wed–Sun, 11AM-6PM. Due to safety precautions, entry to the museum is by timed ticket only. Scroll down or go to our Visit page to reserve your ticket now.
Select Date
Filter 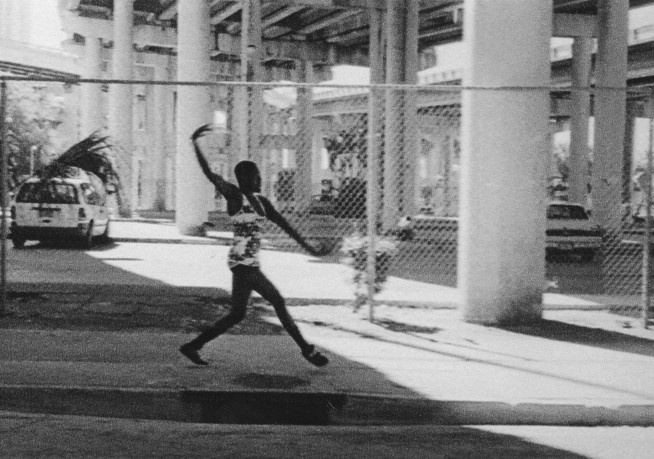 The Institute of Contemporary Art and the Department of Fine Arts at the University of Pennsylvania present a lecture by Dara Friedman. Hear directly from Friedman about the processes, ideas, and obstacles that inform their work.

Dara Friedman (b. Bad Kreuznach, Germany, 1968; lives and works in Miami) received her BFA from Vassar College, Poughkeepsie, NY, studied film with Prof. Peter Kubelka at the Staedelschule, Frankfurt, Germany, and received her MFA from the School of Motion Pictures, University of Miami. Friedman’s work has been the subject of solo exhibitions nationally and internationally, including Hammer Museum, Los Angeles; Museum of Contemporary Art Detroit; The Kitchen, New York, and Site Santa Fe. She has participated in numerous group exhibitions including Damage Control: Art and Destruction Since 1950, Hirshhorn Museum and Sculpture Garden, Washington DC,Sacré 101 – The Rite of Spring, Migros Museum für Gegenwartskunst, Zurich, Playing the City, Schirnkunsthalle, Frankfurt, and the Whitney Biennial. Friedman’s work is in the permanent collections of Museum of Modern Art, New York; Whitney Museum of American Art, New York; and Hammer Museum, Los Angeles, among others. In 2001, she was awarded the Rome Prize from the American Academy in Rome. Upcoming in 2017 a wide reaching, mid-career survey exhibition at the Perez Art Museum, Miami. Friedman is represented by Gavin Brown’s Enterprise, New York; Kayne, Griffin, Corcoran, Los Angeles and Supportico Lopez, Berlin.