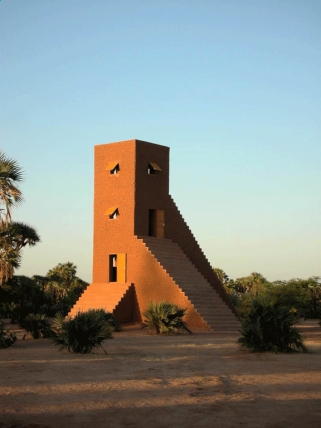 Not Vital explores the potential of different materials, people, and places around the world. Vital’s curiosity for the world can be observed in particular periods throughout his career: he has spent time with third-generation Venetian glass blowers in Murano, Tuareg, silversmiths in Niger, and papermakers in Bhutan. The juxtapositions found in relation to different places stimulate Vital’s intense need to experiment with materials (conventional or otherwise) and new artistic practices, and to see how other cultures create objects.

Not Vital (b. 1948, Sent, Engadin, Switzerland) studied in Paris and Rome before moving to New York in 1974. At present, he lives and works in the Engadin, Beijing, Italy, Rio de Janeiro, and Patagonia. Vital’s major recent solo exhibitions include €Plateau of Humanity€ at the 49th Venice Biennale (2001); Not Vital: Agadez at Kunsthalle Bielefeld, Bielefeld, Germany (2005); Not Vital at The Arts Club of Chicago, Chicago, Illinois, (2006); Not Vital: Schlafendes Haus at KÖ–R Kunsthalle Wien public space Karlsplatz, Vienna, Austria (2009-10); and €Not Vital: Full On€ at the Ullens Center for Contemporary Art, Beijing, China (2011).