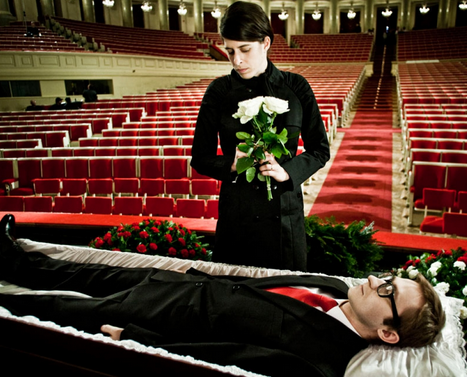 This lecture will include a conversation between Yael Bartana and Temple University Professor Nora M. Alter. This program is free and open to all. No registration required.

Yael Bartana is an Israeli video artist, who lives and works in Berlin and the Netherlands. She has had several solo exhibitions held at various venues including: the Museum of Modern Art in Warsaw, Van Abbemuseum in Eindhoven, PS1 New York and Moderna Museet Malmö. She participated in Documenta 12 in Kassel in 2007, in the São Paulo Art Biennial in 2010 as well as 2014 and won the Artes Mundi Prize in 2010. Yael Bartana was Poland’s choice for the 2011 Venice Biennale where she was the first non-Polish citizen to represent Poland.

Bartana’s photography, film and sound works investigate questions surrounding society, spirituality, and politics. Questions of “Homeland”, “Return” and “Belonging” are the central questions that she explores. Bartana’s platform for investigation includes ceremonies, public rituals and social diversions that are intended to reaffirm the collective identity of countries. Working outside the country, she observes it from a critical distance.

Her early films were primarily registrations in which aesthetic interventions, including soundtracks, slowing the image and specific camera perspectives, played a role. The Israeli artist first became interested in exploring the nation of Poland eight years ago, when she began her Polish Trilogy, and Europe will be stunned, a series of films that examine 19th and 20th-century Europe as a historic homeland for Ashkenazi Jews. In recent years, she has increasingly staged her films, and proposed utopic narratives for new chapters of history.

Lecture attendees are encouraged to visit Itinerant Belongings at the Slought Foundation (4017 Walnut Street) and Addams Fine Arts Hall (200 South 36th Street). This exhibition will be on display from November 1st until December 20, 2014 and examines how artists have engaged with ideas of homeland and belonging that fail to cohere to a unitary sense of time or place. Work by Yael Bartana, Jamie Diamond, Andrew Moore, William Pope.L, Paul Salveson, Jessica Vaughn, Apichatpong Weerasethakul, and Krzysztof Wodiczko will be on display at both Slought and the Addams Gallery at PennDesign, and viewers are encouraged to take an itinerant path from one exhibition site to another.
PennDesign Fine Arts Lecture Series