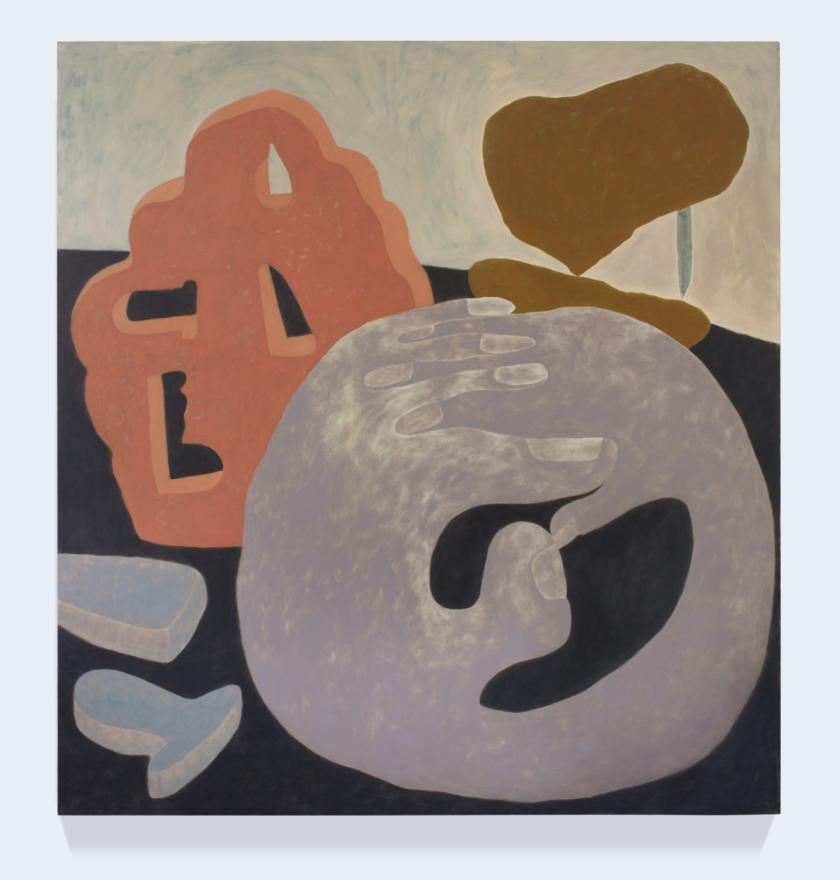 Join ICA Whitney-Lauder Curatorial Fellow Charlotte Ickes on a public tour of her exhibition Ginny Casey & Jessi Reaves. ICA’s Public Curator-Led Tours offer a unique opportunity to learn about our current exhibitions from the curators themselves. These tours cover the overarching themes and broader contexts of the exhibitions, highlight key works, and give insight into the curatorial process.

Ginny Casey & Jessi Reaves presents new and recent work by two New York–based artists. Casey’s paintings and Reaves’s sculptures meet through the surface language of decorative and domestic objects. Vases, chairs, and tables engaged in unruly acts inhabit Casey’s painted world. The artist brings still lifes to life, filtered through a quasi-Surrealist imagination of animated objecthood. Reaves’s sculptures, usually constructed from found frames of chairs, couches, and shelves, also double as functional furniture. From stained upholsterer’s foam to embroidered fabric, the imperfect surfaces of Reaves’s work often eroticize, sensitize, and anthropomorphize the unembellished structures of much functionalist design. These scenes of strange domesticity occupy the space between interior and exterior, surface and structure, dependency and autonomy, object and subject—polarizations so often parsed along lines of gender and sexuality. By improvising on intersecting histories of commercial, domestic, and museum display associated with women’s work, this exhibition insists on art’s other life as decorative and functional objects, at once sculpture, furniture, painting, and ornament.

Charlotte Ickes is a curator and art historian. Before arriving in Philadelphia, Charlotte served as the Percent for Art Fellow at the New York City Department of Cultural Affairs. Throughout her time at Penn, Charlotte has held fellowship appointments at the Whitney Independent Study Program and the Philadelphia Museum of Art. She co-curated Itinerant Belongings (2014) at Slought and PennDesign’s Charles Addams Fine Arts Hall as well as an exhibition on the photographs of Jerome Liebling at the Yale University Art Gallery (2008). She has organized public programs at the Studio Museum in Harlem and Slought. Charlotte previously worked at ICA as a curatorial intern and graduate student lecturer. Her scholarship has appeared in American Art and Women & Performance: a journal of feminist theory, and she recently completed her dissertation, “Radical Immersion in the Work of Melvin Van Peebles, Isaac Julien, and Steve McQueen.” As the Whitney-Lauder Curatorial Fellow, Charlotte curated the group exhibition Descent. Charlotte received her BA from Yale University and PhD in History of Art from the University of Pennsylvania.