ICA is temporarily closed in preparation for our new season of programming.Visit us on September 16 for the opening of Sissel Tolaas: RE_________
Screening and Conversation: Jean Carlomusto
Select Date
Filter 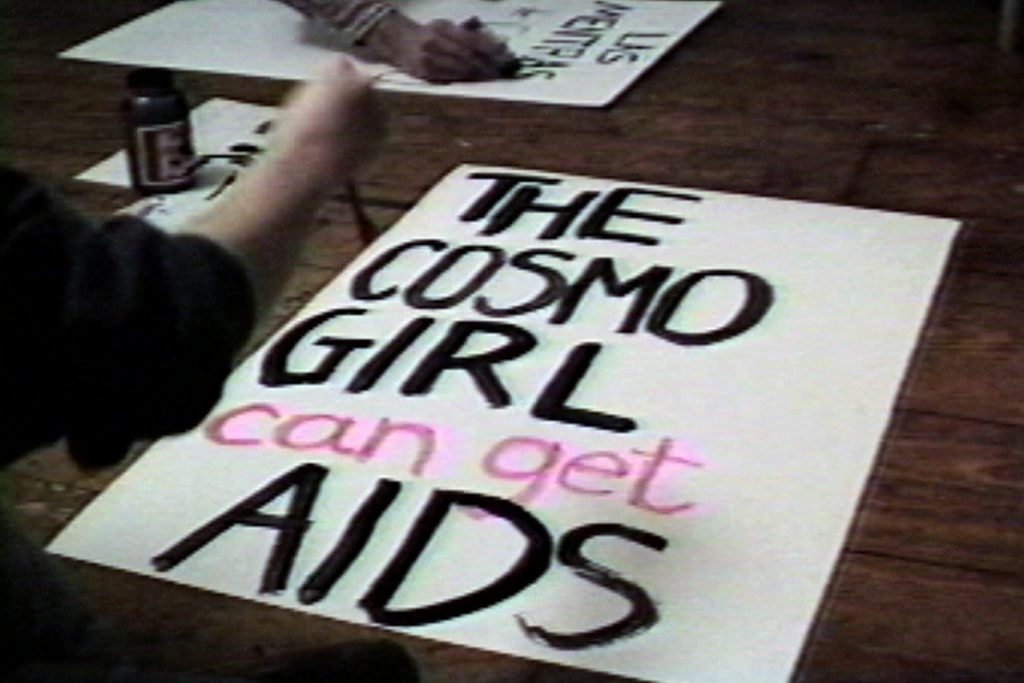 In conjunction with STILL BEGINNING: The 30th Annual Day With(out) Art, ICA Philadelphia is proud to host a screening and conversation with Jean Carlomusto, a filmmaker, activist, and interactive media artist whose work conducts unorthodox investigations of LGBT history and HIV/AIDS. Carlomusto’s work has been exhibited internationally in festivals and museums, and she is the producer and director of Larry Kramer in Love and Anger (2015) an Emmy-nominated HBO documentary that was featured at the Sundance Film Festival.

Following a screening of seven newly commissioned videos responding to the ongoing HIV/AIDS epidemic by Visual AIDS for the 30th Annual Day With(out) Art, Carlomusto will screen a selection of her films that developed from her decades-long activism during the AIDS crisis with DIVA TV and Testing The Limits Video Collective alongside more recent documentary work. After the screening, Carlomusto will discuss media activism, the legacies of lesbian-feminist filmmaking practices, and current projects.

Jean Carlomusto was an early pioneer in the HIV/AIDS activist video movement. In 1987, she started the Media Unit at the Gay Men’s Health Crisis, and was a founding member of ACT UP’s video affinity group, DIVA TV and a member of Testing the Limits Video Collective. She has collaborated on numbers works, including Doctors, Liars, and Women: AIDS Activists Say No to Cosmo, Target City Hall, Seize Control fo the FDA, Testing the Limits: NYC, and Women and AIDS. Her other notable projects include Sex in an Epidemic (2011), Compulsive Practice (2016), and To Catch a Glimpse (1997). She is Professor in the Media Arts Department and Director of the Television Center at LIU Post.