ICA is temporarily closed in preparation for our new season of programming.Visit us on September 16 for the opening of Sissel Tolaas: RE________
Descent
Select Date
Filter
About

Descent animates alternative modes and materials of inheritance across generations of families, artists, and artworks. While inheritance, influence, and other acts of transmission often move down vertical lines of property and patrimony, the works in this exhibition unsettle this passage with forms of heredity that are often undervalued or unconventional: used or surplus possessions, intergenerational collaborations, maternal memories and matter, transatlantic journeys, spoken words, and sound waves. Descent will be on view from April 29 through August 14, 2016 in ICA’s Edna S. Tuttleman Gallery.
Runo LagomarsinoAguilera SkvirskyLisa TanVirginia OvertonMatriarch 1

The distinct smell of cedar emanates from Virginia Overton’s work, composed of wood planks harvested from the artist’s family farm in Tennessee. This raw substance infuses the space of the gallery with the sensuous specificity of Overton’s inherited matter. Notes from Underground (2013), a video projection by Lisa Tan, excavates the subterranean and sonic echoes between the artist’s and Susan Sontag’s experiences as expatriates in Stockholm. As the work unfolds, it thickens with multisensory strata of various affective encounters with disruption and displacement. Runo Lagomarsino’s video installation traces the shared transatlantic journeys of the artist and his father through the illicit itinerary of a dozen eggs, which travel from Buenos Aires to São Paulo to their final destination in Seville before a statue commemorating Christopher Columbus’s own voyage. In many of these works, maternal transmissions dovetail with questions around performance and reproduction. Karina Aguilera Skvirsky’s Los poemas que declamaba mi mamá (The Poems My Mother Recited) (2010–present) restages the Ecuadorian poetry recitals of the artist’s mother, who became well-known for her dramatic readings. Matriarch, comprised of artists Maren Hassinger and her daughter, Ava Hassinger, will create new work out of used ICA office supplies and detritus from previous exhibitions, arranging these site-specific residues into mandala structures in and among videos. Both Aguilera Skvirsky and Matriarch will perform in their respective installations on the evening of May 11.

Transmissions within and across artworks and artists reverberate throughout the gallery as unexpected genealogies and unruly inheritance. This exhibition considers the aesthetic, sensory, and social horizons that emerge when we dissent from traditional lines of descent.

Matriarch (founded 2011, Maren Hassinger, b. 1947, Los Angeles; lives New York, and Ava Hassinger, b. 1986, New York; lives Philadelphia) began after its first performance, “See Life,” for FLUX This!, organized by William Pope.L at the Department of Education, the Museum of Modern Art, New York. Matriarch has subsequently performed at venues, including Recess Gallery, New York; MoMA PS1, New York; and the Hammer Museum, UCLA. After studying dance and sculpture at Bennington College, Maren Hassinger completed her MFA in fiber arts at University of California, Los Angeles, and has since exhibited widely in the United States and abroad. Since 1997 she has been the Director of Rinehart School of Graduate Sculpture at the Maryland Institute College of Art in Baltimore. Ava Hassinger is a graduate of New York University with a degree in photography and imaging and received her MFA at the University of Pennsylvania in 2015.

Virginia Overton (b. 1971, Nashville, Tennessee; lives New York) has been the subject of solo exhibitions and participated in many group exhibitions at several international venues, including White Cube, London; Museum of Contemporary Art North Miami; Storm King Art Center, Mountainville, New York; Kunsthalle Bern, Switzerland; and Mitchell-Innes and Nash, The Kitchen, and MoMA PS1 in New York. She is currently working on a permanent installation for the main branch of the Columbus Metropolitan Library in Ohio and a solo exhibition at the Aldrich Contemporary Art Museum in Ridgefield, Connecticut. Her first monograph was recently co-published by JRP|Ringier and Kunsthalle Bern.

Karina Aguilera Skvirsky (b. 1969, Providence, Rhode Island; lives New York) has participated in group and solo exhibitions around the world, including the 29th São Paulo Biennial. In 2015, she was awarded a Fulbright grant and a Jerome Foundation grant to produce “The Perilous Journey of Maria Palacios,” a performance-based film that will premiere in 2016. Aguilera Skvirsky is an associate professor at Lafayette College, Easton, Pennsylvania, and an MFA faculty member at the New School, Parsons School of Design, New York.

Descent is organized by 2015–2017 Whitney-Lauder Curatorial Fellow Charlotte Ickes. The accompanying publication will feature new essays by Ickes and scholar Rizvana Bradley, text and poetry by M. NourbeSe Philip and Adalberto Ortiz, and a special section on the May 11th performances. The book is designed by Thumb—Luke Bulman. 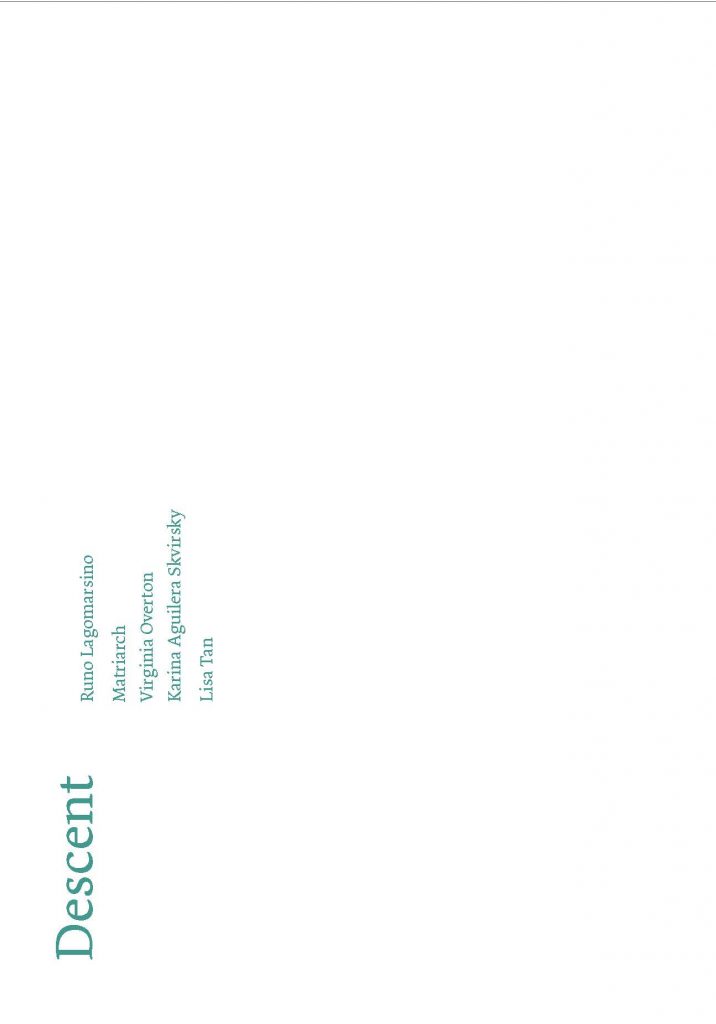 Descent animates alternative modes and materials of inheritance across generations of families, artists, and artworks. While inheritance, influence, and other acts of transmission often move down vertical lines of property and patrimony, the works in this exhibition unsettle this passage with forms of heredity that are often undervalued or unconventional: used or surplus possessions, intergenerational collaborations, maternal memories and matter, transatlantic journeys, spoken words, and sound waves. 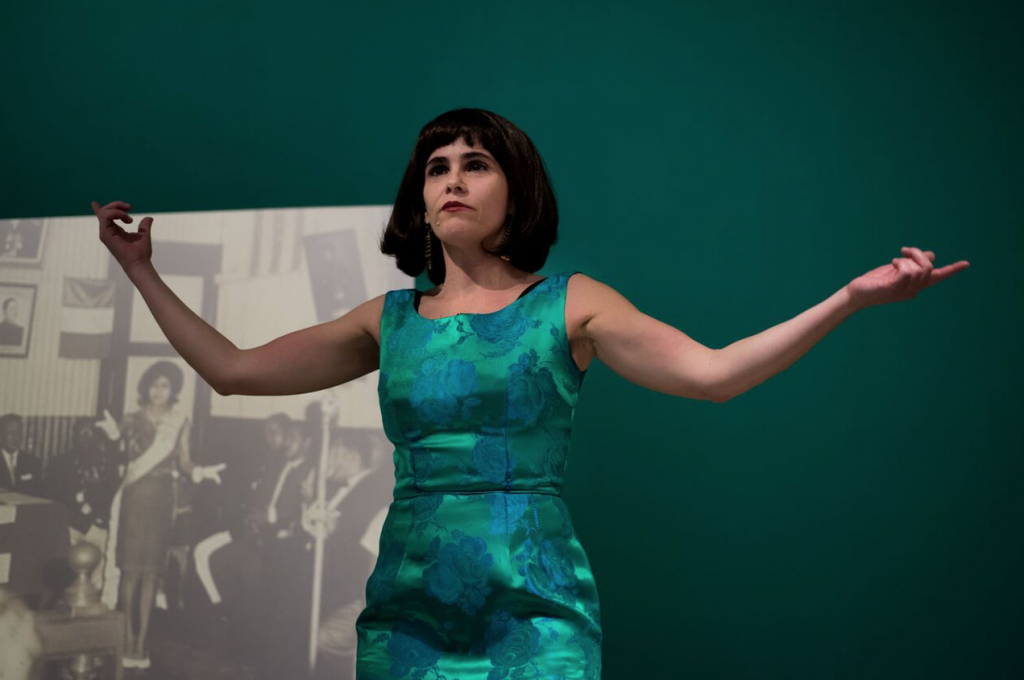