Opening April 28, the Institute of Contemporary Art at the University of Pennsylvania will present Ginny Casey & Jessi Reaves, an exhibition featuring new and recent works by two artists exploring the relationship between painting and sculpture, domestic objects, and decorative surfaces. The joint exhibition features more than 30 works by painter Ginny Casey and sculptor Jessi Reaves, several of which were created specifically for this exhibition, that image and reimagine the form and function of objects encountered in daily life. On view through August 6, the exhibition is organized by Whitney-Lauder Curatorial Fellow Charlotte Ickes and illuminates each artist’s examination of the space between interior and exterior, surface and structure, dependency and autonomy, inanimate and animate.

Ginny Casey’s paintings present surreal still-life scenes of vases, chairs, fans, hammers, tables, and other things of everyday life. The strange colors and characteristics of these works create an uncanny and, at times, unsettling dissonance at the level of scale, color, and composition. These paintings share a sensibility with the sculptures of Jessi Reaves, who customarily builds on found frames of chairs, couches, and shelves to create sculptural artworks that double as functional furniture. From bulging, stained upholsterer’s foam to patterned and embroidered fabric, the imperfect and ornamented surfaces of Reaves’ sculptures often reimagine functionalist design and lend each object an unexpected animacy that exceeds its original use.

A fully illustrated catalogue designed by James Goggin will accompany the exhibition, and will feature new scholarship by Ickes and Julia Bryan-Wilson, Associate Professor, Department of History of Art, University of California, Berkeley.

GINNY CASEY (b. 1981, Niskayuna, New York; lives New York) received her MFA from the Rhode Island School of Design in Providence. She has been the subject of solo exhibitions at Half Gallery and 106 Green, New York. Recently her work has been included in group shows at DC Moore Gallery, New York; Romeo, New York; and Radical Abacus, Santa Fe, New Mexico. She is currently preparing for a solo exhibition at Mier Gallery in Los Angeles.

JESSI REAVES (b. 1986, Portland, Oregon; lives New York) received her BFA from the Rhode Island School of Design in Providence. Her work has been included in group exhibitions nationally and internationally, in venues including Team Gallery, New York; Swiss Institute, New York; Herald St, London; and A Palazzo Gallery, Brescia, Italy. In 2016, Reaves presented her first solo exhibition with Bridget Donahue, New York, and she will exhibit in the 2017 Whitney Biennial.

Support for this exhibition and for ICA’s Whitney-Lauder Curatorial Fellow Program has been provided by the Leonard & Judy Lauder Fund of The Lauder Foundation.

Wednesday, May 10, 2017, 6:30PM
On the Domestic Exhibition: Felix Burrichter and Esther da Costa Meyer present recent projects on the intersection of art, design, and interior decoration in a conversation moderated by curator Charlotte Ickes 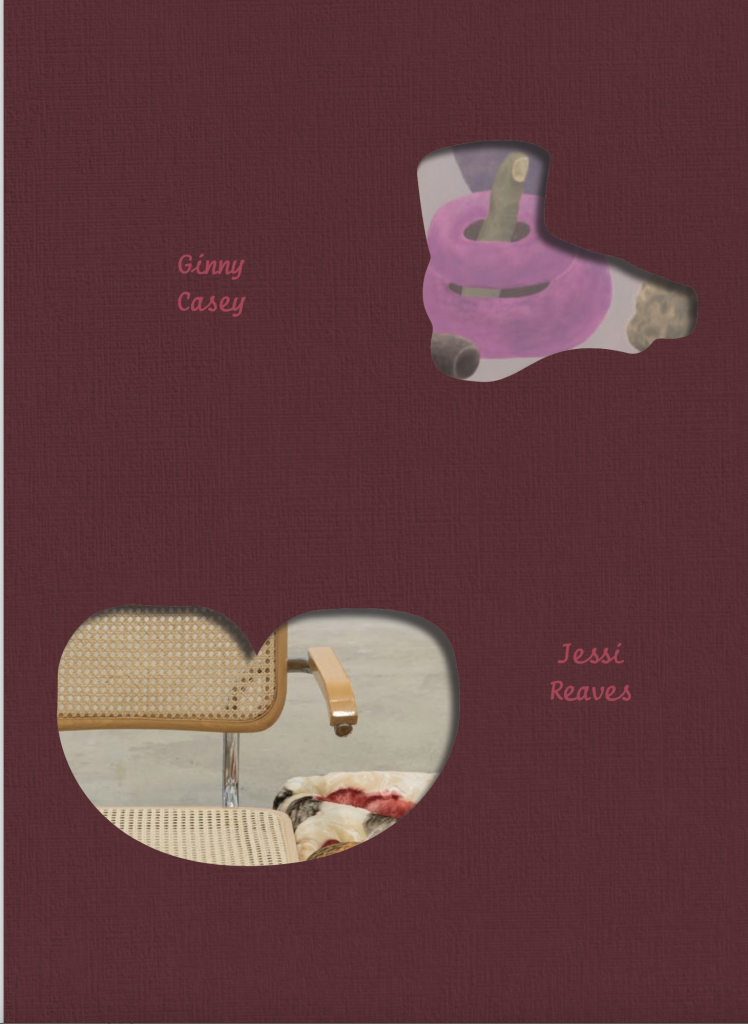