Looking for an alternative to the convention in which images illustrate texts and texts explicate images, Shary Boyle and Emily Duke developed a looser, more associative method of combining words and pictures. The Illuminations Project is a series of 33 drawings and text pairs generated through long-distance correspondence between 2003 and 2010. This exhibition displays 15 of the diptychs. Half of Boyle’s drawings were developed in response to Duke’s poems, and vice versa. In both cases, the responding artist used the other’s work as a point of departure rather than a directive. As a result, the project contains both narrative and more ambient pieces, exploring a violent and misogynistic world through two central characters—Bloodie and Peg-Leg. Privileging neither female nor male, nature nor culture, animal nor human, Boyle and Duke consider a wide range of issues, situations, and contexts, producing a series that presents a dark feminist take on affect and politics. This is the first public presentation of the work, which will be on view in ICA’s Project Space from January 13–March 20, 2011.
Virginia Solomon: The Same Things with Different Pictures 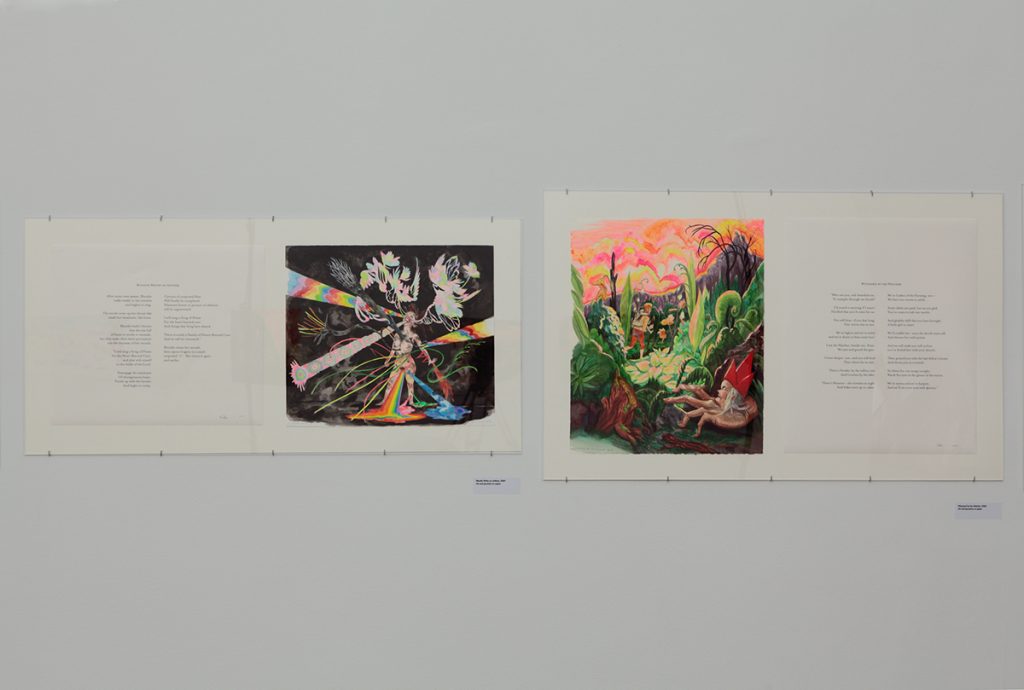 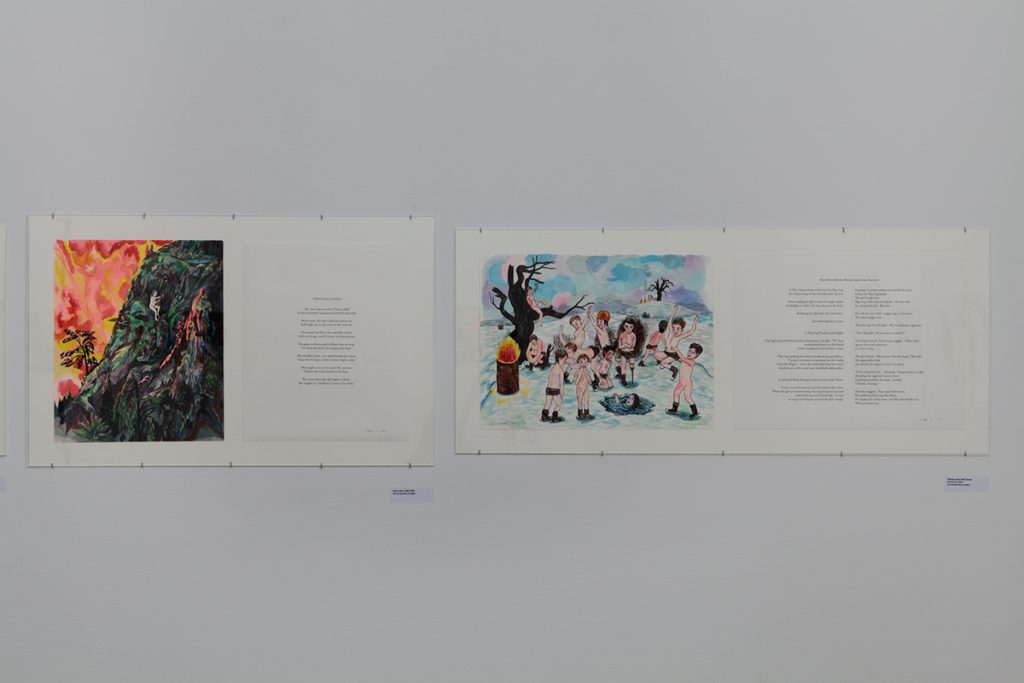 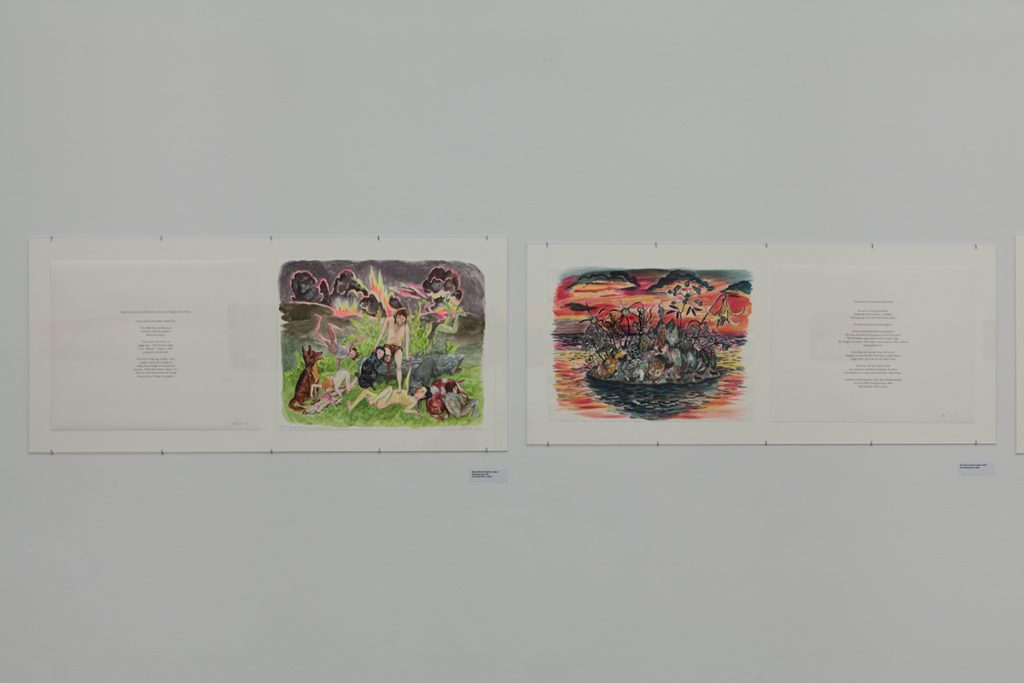 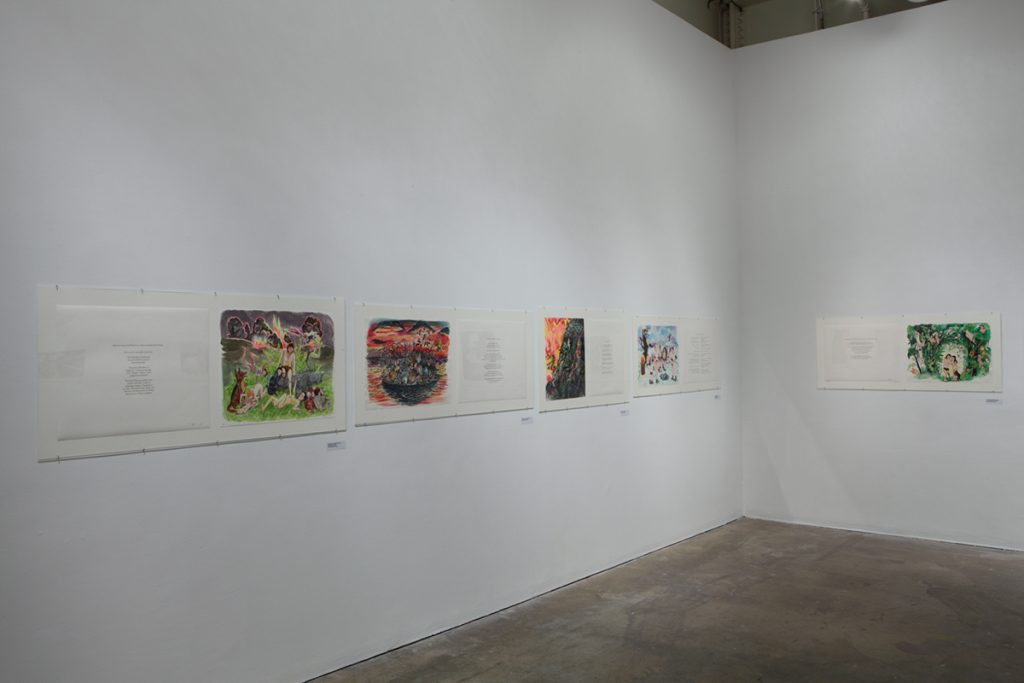 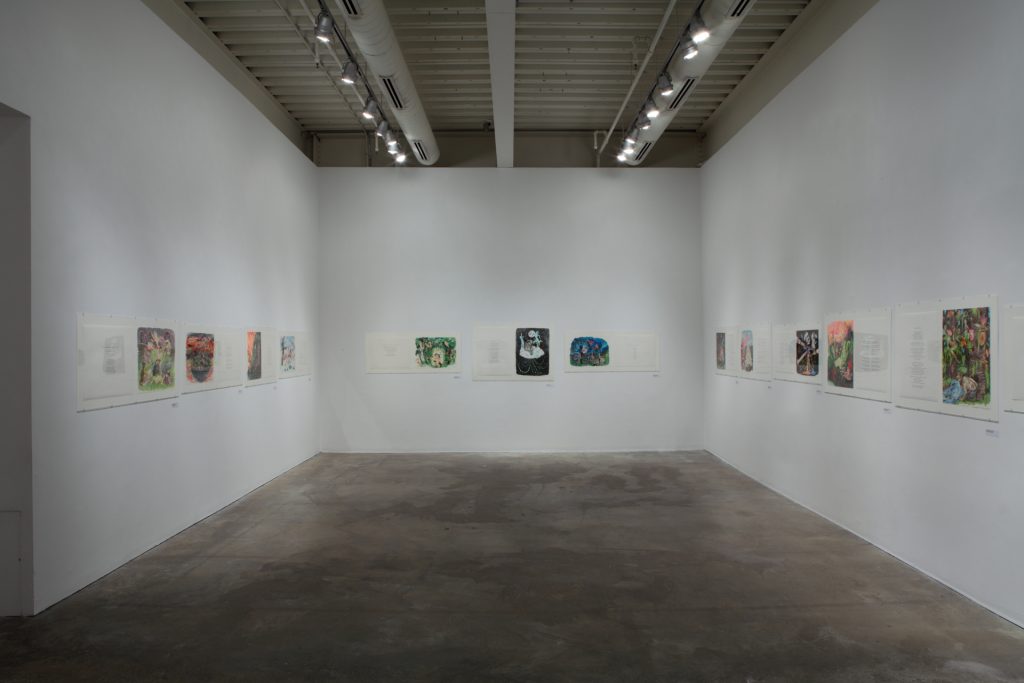 boyle 5
ICA acknowledges the generous sponsorship of Barbara B. & Theodore R. Aronson for the exhibition brochure. ICA is grateful for the support of The Horace W. Goldsmith Foundation; The Dietrich Foundation, Inc.; the Overseers Board for the Institute of Contemporary Art; friends and members of ICA; and the University of Pennsylvania. ICA receives state arts funding support through a grant from the Pennsylvania Council on the Arts, a state agency funded by the Commonwealth of Pennsylvania and the National Endowment for the Arts, a federal agency.