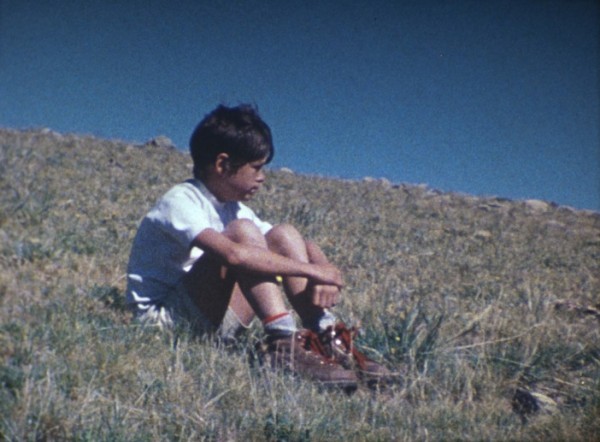 The Institute of Contemporary Art is pleased to present the release of acclaimed art critic, curator, and historian, Douglas Crimp’s much-anticipated memoir Before Pictures (Dancing Foxes Press, 2016), with a conversation and a rare screening of painter Agnes Martin’s film Gabriel (1976, 16mm transferred to digital video, color, sound, 78 min). The only completed film by Martin, Gabriel is a pensive mediation on perception and innocence as it follows a young boy as he roams the rural New Mexico beachfront not far from where she lived and worked. Two years prior to ICA’s iconic 1973 Agnes Martin exhibition, Crimp organized his own show of the painter and began a dialogue with her.

Crimp will discuss his thinking on Martin and ruminate on his formative experiences as a young gay man in the New York art world of the late 1960s and 1970s before the onslaught of the AIDS crisis. Crimp will be joined in conversation by Karen Redrobe, the Elliot and Roslyn Jaffe Professor of Cinema and Modern Media and chair of the department of the History of Art at the University of Pennsylvania, to discuss his book and reflections on Martin.

This event will take place at International House Philadelphia, 3701 Chestnut Street, Philadelphia, PA. It is free and open to the public. Copies of Before Pictures will be available for purchase at the event, both before and after the screening.

This program is co-presented by the International House Philadelphia and the History of Art Department, University of Pennsylvania.

Douglas Crimp is the author of On the Museum’s Ruins, 1993; Melancholia and Moralism: Essays on AIDS and Queer Politics, 2002; and “Our Kind of Movie”: The Films of Andy Warhol, 2012, all published by the MIT Press. He was the curator of the landmark Pictures exhibition at Artists Space, New York, in 1977 and, from 1977 to 1990, an editor of the quarterly journal October, for which he edited the influential special issue AIDS: Cultural Analysis, Cultural Activism in 1987. With Lynne Cooke, he organized the exhibition Mixed Use, Manhattan: Photography and Related Practices 1970s to the Present for the Reina Sofía in Madrid in the summer of 2010, and he was a member of the curatorial team for the 2015 Greater New York exhibition at MoMA PS1.

Karen Redrobe is the Elliot and Roslyn Jaffe Professor of Cinema and Modern Media and chair of the department of the History of Art. She is the author of Vanishing Women: Magic, Film and Feminism (Duke UP, 2003); Crash: Cinema and the Politics of Speed and Stasis (Duke UP, 2010), and is now working on a new book, Undead: Animation and the Contemporary Art of War. She has co-edited two volumes: Still Moving: Between Cinema and Photography with Jean Ma (Duke UP, September 2008) and On Writing With Photography (Minnesota UP, 2013) with Liliane Weissberg, and is also the editor of Animating Film Theory (Duke UP, 2014), which explores the history of film theory’s engagement (and lack of it) with animation.