ICA is temporarily closed in preparation for our new season of programming.Visit us on September 16 for the opening of Sissel Tolaas: RE________
Douglas Blau
Select Date
Filter
About

Blau’s first exhibition of new work in nearly a decade, this show also features the earlier work, The Conversation Piece (1993/1995), which depicts political dialogue in all its variety, from tête-à-têtes to the legislative body throughout the ages. Douglas Blau creates picture epics and episodes from uniformly framed collages of printed matter. Postcards, film stills, images of paintings and photographs, and pictures of all kinds are cut and pasted into individual collage elements. These are composed into sequences, strips, and grids based on formal and narrative associations that flow from frame-to-frame. The big picture is depiction itself. Centuries of picture making appear distilled through Blau’s art into an essential cast of characters and repertoire of plots, periods, styles, locations, and genres. Only the details and degrees of abstraction vary over time and through reproduction, the mechanics of which produce the shifts of tone and color, different inks and papers that Blau orchestrates into each overall composition.

Since the 1980s, Douglas Blau has used words and pictures interchangeably to create a highly regarded and unique body of work. He emerged as a critic and curator in tandem with the Pictures Generation of artists. In 1987, his exhibition Fictions was the first in a maverick series to apply curatorial practice to the construction of explicit narratives. These fictions further unfolded through Blau’s writings, including influential essays on Troy Brauntuch, Vija Celmins, Mark Tansey and Elizabeth Peyton, among other artists—in which invented characters, travelogues, and indexes constitute an unusually literary account of contemporary art’s place in Western art history. 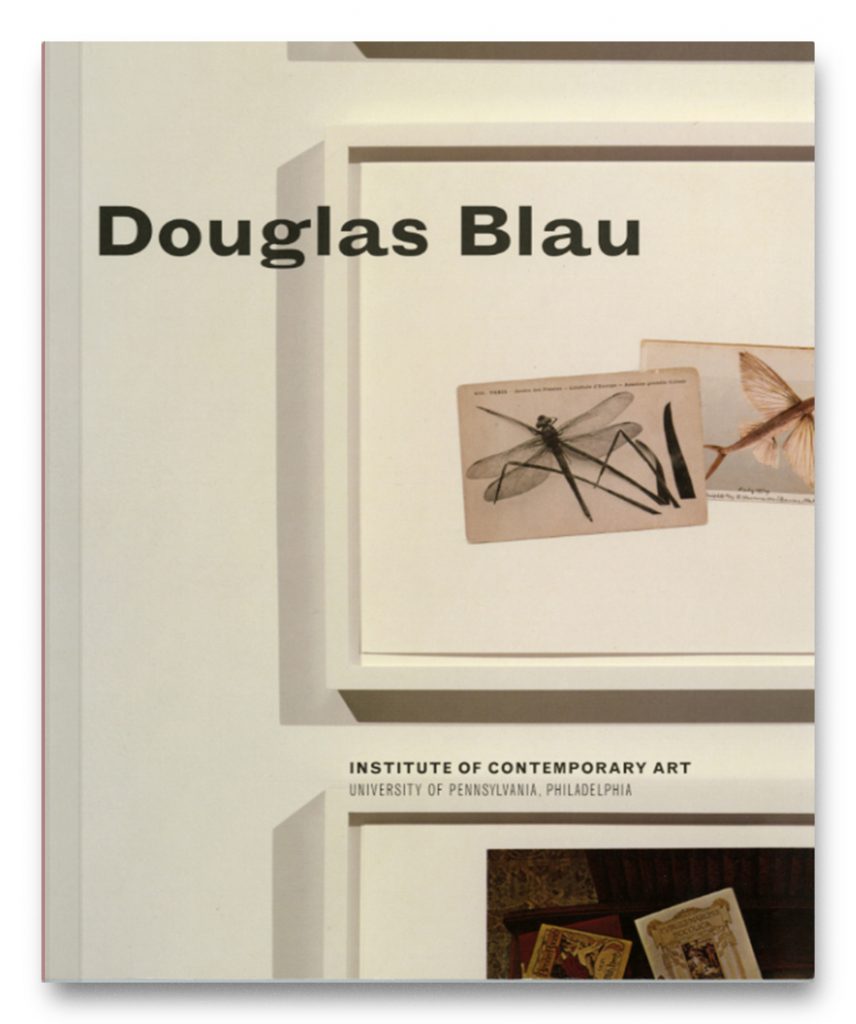 ISBN
09780884541158
Pages
88
Binding
Softcover
Publisher
Institute of Contemporary Art, University of Pennsylvania, Philadelphia
Year
2009
$30.00
ISBN 09780884541158
Publication Date
2009
Designer
Henk van Assen, HVA Design
Publisher
Institute of Contemporary Art, University of Pennsylvania, Philadelphia
Price
$30.00
ICA acknowledges the generous sponsorship of Barbara B. & Theodore R. Aronson for the exhibition catalog. ICA is also grateful for support from the Susquehanna Foundation and Mari and Peter Shaw. Additional funding has been provided by: The Horace W. Goldsmith Foundation; the Commonwealth of Pennsylvania Council on the Arts; The Dietrich Foundation, Inc.; the Overseers Board for the Institute of Contemporary Art; friends and members of ICA; and the University of Pennsylvania.
There are 1 connections to: Douglas Blau
1 connections to: Douglas Blau (Artist)