ICA is temporarily closed in preparation for our new season of programming.Visit us on September 16 for the opening of Sissel Tolaas: RE________
Joshua Mosley: dread
Select Date
Filter
About

Joshua Mosley titled his most recent installation dread after photographer Eadweard Muybridge’s motion study sequences of a dog named Dread. Made over a two-year period, Mosley’s dread is composed of five bronze sculptures, and a six-minute, black-and-white, animated video that combines computer and stop-motion animation, as well as the artist’s own music and dialogue. dread is on view January 16-March 29, 2009 in ICA’s second floor gallery.

dread is installed in two adjacent rooms. The first houses five small bronze figures on pedestals spaced about the room. Enter the second room to see the film, projected large so as to evoke the scale of the environment the characters inhabit: a real world place created using sequenced still photographs. But unlike the real world, music notes replace ambient sounds. Composed by the artist, each character has its own “soundtrack.” dread follows philosophers Jean-Jacques Rousseau and Blaise Pascal on something of a nature walk. They encounter flora and fauna, and engage in conversation about existence, God, and nature; in the end, they encounter Dread. 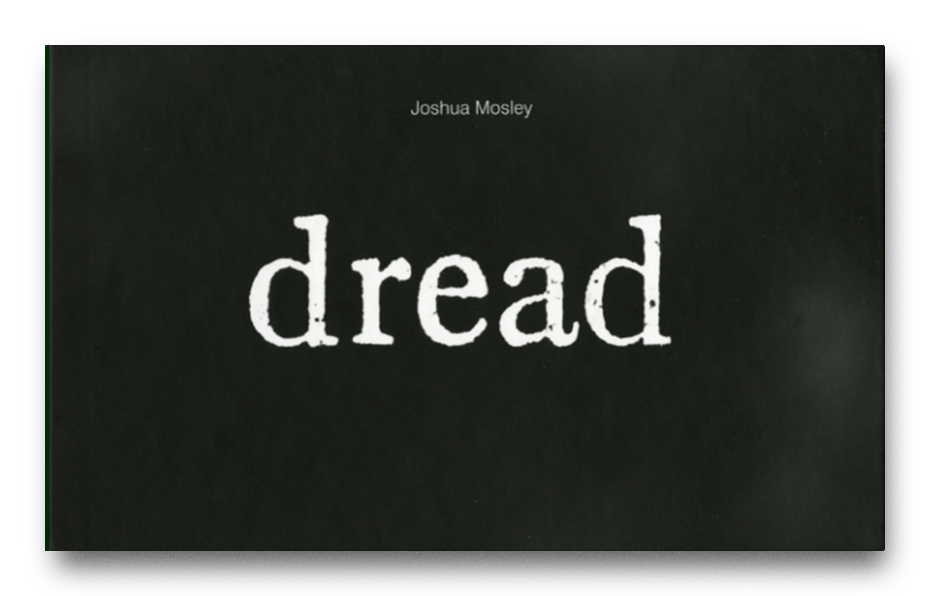